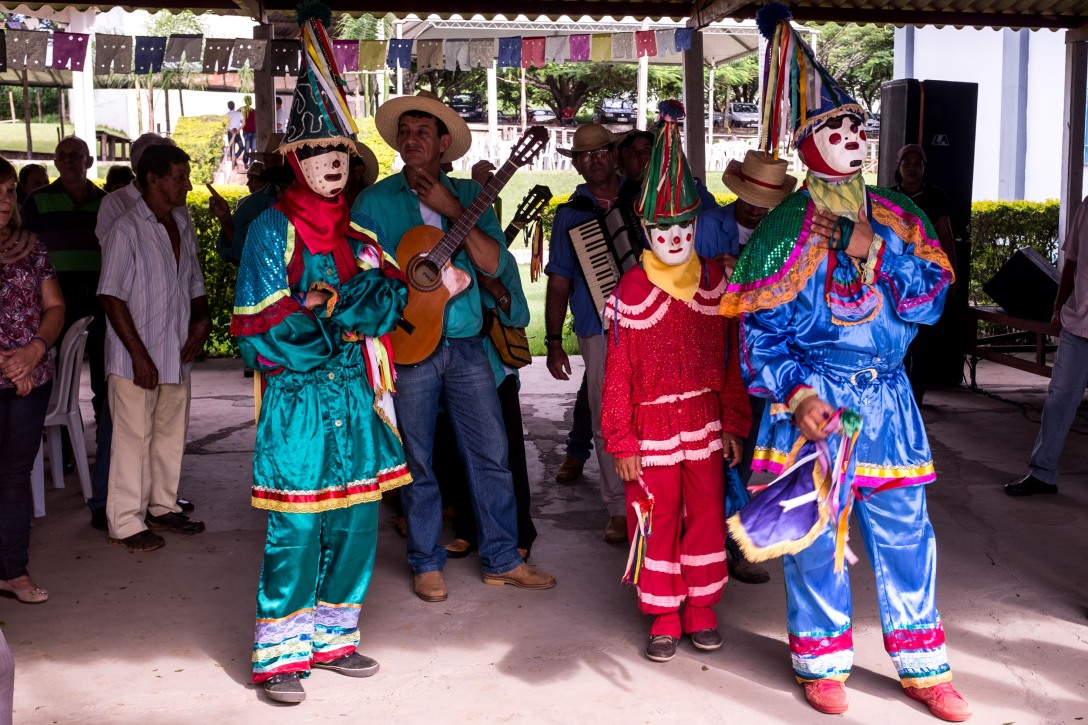 In Brazil, mainly in the interior, there are so-called “Reisados” ​​or “Folias de Reis”, folk festivals that have been influenced by the European origins of the celebration, but have adopted local forms and expressions in music, dance and prayers, depending of the region within the country.

Some traditional aspects of the “Folia de Reis” were brought to Brazil at the end of the colonial period (probably at the beginning of the 19th century) by the Portuguese. However, according to popular culture scholars, this party has its origin in Spain.

One of the richest cultural festivals in Brazilian folklore takes place between January 1st and January 6th, when so-called “companies” go from house to house singing their verses accompanied by violas, guitars, accordions, tambourines, triangles, boxes and stringed instruments . Some wear uniforms and masks. In return, people offer food and gifts.

The gateway was the Brazilian northeast. However, in Brazil the “Folia de Reis” gained particular cultural traits, incorporating aspects of Brazilian culture. One of these examples is present in the music, with the presence of the typical beats of the African drums. It is also worth mentioning that the “Folia de Reis” has particular traits in each region of Brazil and are celebrated not only in late December until January the 6th but in other periods late in the year as well.

Main characters of the “Folia de Reis”: (1) Three Magi: represent the Magi who visited Jesus and presented him with incense, gold and myrrh; (2) Master clown: responsible for the animation of the party, through dances, jumps and jokes: (3) Chorus: sings the songs, praises and intonations of religious songs; (4) Master (also known as ambassador): responsible for organizing the party; (5) “Bandeireiro” (the one who carries the flag): kind of door flags of the party. The flag is usually made with shiny fabric and has the image of the three kings prints; (6) Party-bearer (“festeiro”): it is in his house that the ceremony of “taking of the flag” usually takes place; (7) Musical band: uniformed musicians playing guitar, accordion, zabumba, pandeiro, deaf, box, triangle and flute.

I'm an amateur photographer based in the city of São Carlos, São Paulo state, SE Brazil. I used to make photographs since I was about 15-17 years old. My first camera was a Olympus Trip, an analogue camera. Many years after that I switched to several digital cameras. Presently I own a Nikon D500 with a small set of lenses and a Fujifilm X100T 23mm. A few years after my retirement as an university professor, after teaching Environmental Chemistry at the Federal University of São Carlos (UFSCar) for 45 years, I decided to invest money and time dedicating myself more seriously to photography. I´ve taken on-line courses as well as I´ve participated to various photography festival across Brazil. By far, my biggest interest is street photography. And in it, I'm interested in portraits, everyday street scenes and architecture. View all posts by Antonio Mozeto