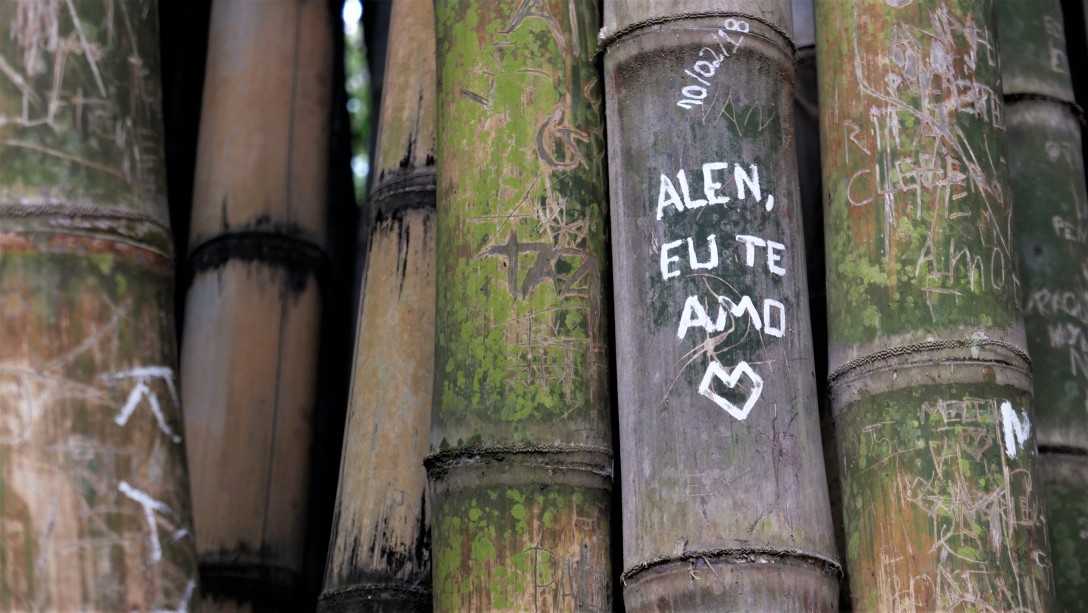 Oh the love! With so many ways to be expressed.
In Brazil – and I believe in other countries too – there is, as a tradition, to record it through inscriptions or engravings made (with some sharp object) on tree trunks. They usually record names or initials of the couple, which is usually also surrounded by a heart, and sometimes the date of registration.
The inscriptions or recordings of the photos I share were made on the stems of beautiful bamboo bushes in the Água Branca Park, in São Paulo, SP-Brazil.
I think and always found this type of record very beautiful and unique.

There is even a beautiful poem by the Brazilian poet Fagundes Varella (1841-1875) called “The Letters” that says:
“In the faint bark of green bush
I recorded your name, then left;
Gone are the years, are gone the months,
Gone are the days, I find myself here.
But then! the bush became so tall,
Your name rising, which I did not see!
And in those letters that went up to heaven,
My beautiful dreams of love I lost.”

And, as Vinicius de Moraes’s ‘Sonnet of fidelity‘ says:
“And so when you come to me later
Maybe death, anguish of those who live
Maybe loneliness, end of those who love

I can tell you of love (which I had):
That is not immortal, since it is flame
But let it be infinite while it lasts.” 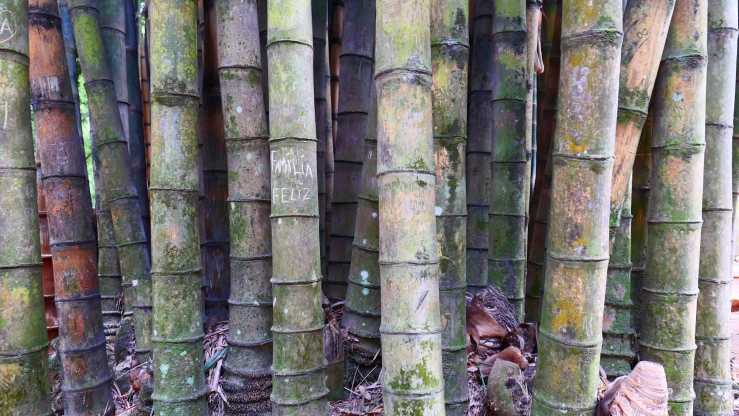 I'm an amateur photographer based in the city of São Carlos, São Paulo state, SE Brazil. I used to make photographs since I was about 15-17 years old. My first camera was a Olympus Trip, an analogue camera. Many years after that I switched to several digital cameras. Presently I own a Nikon D500 with a small set of lenses and a Fujifilm X100T 23mm. A few years after my retirement as an university professor, after teaching Environmental Chemistry at the Federal University of São Carlos (UFSCar) for 45 years, I decided to invest money and time dedicating myself more seriously to photography. I´ve taken on-line courses as well as I´ve participated to various photography festival across Brazil. By far, my biggest interest is street photography. And in it, I'm interested in portraits, everyday street scenes and architecture. View all posts by Antonio Mozeto